Two legendary bands of the Death Metal scene will team up for this killer Split under the title of “Dragged Into The Obscure“. On the one side the German commando REVEL IN FLESH. And on the other side the Swedish deathsters WOMBBATH. Both bands will present two new & exclusive songs.

REVEL IN FLESH will come up with a deadly midtempo “deadbanger” entitled: “Casket Ride“. Again recorded at Maggesson’s VAULT M. Studios and mixed and mastered by our very dear Dan Swanö @ UNISOUNDS.

WOMBBATH will contribute with a real ripper entitled: “To suffer eternally“. Beware!!! The song has been recorded at UNBOUND Studios (UK) and NOSTALGIC Studios (Sweden).

Juanjo Castellano was the man behind the artwork and Randy, from Brutal Art Records, was the man in charge of the whole layout. 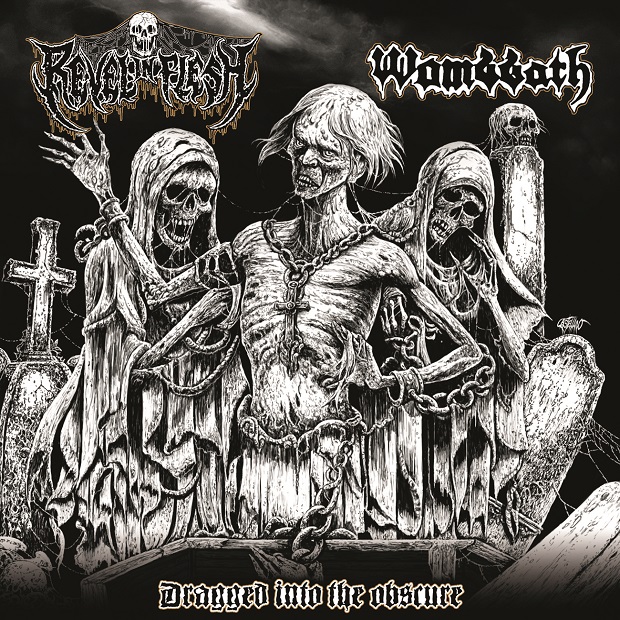 The edition will be limited to just 500 handnumbered copies. The official release date was set for April 1st, 2016. Below you can see a picture of the different colours. The exclusive pre-sale is already active and can be done by visiting our webshop. 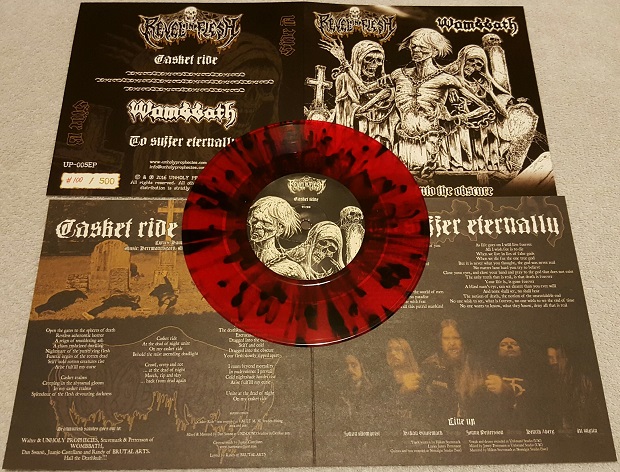 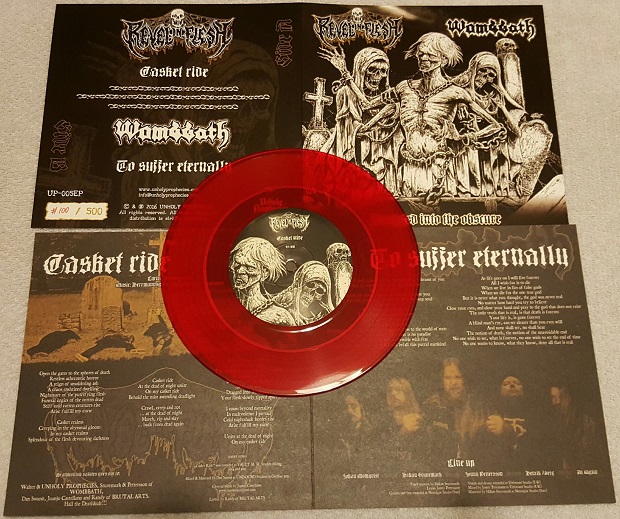 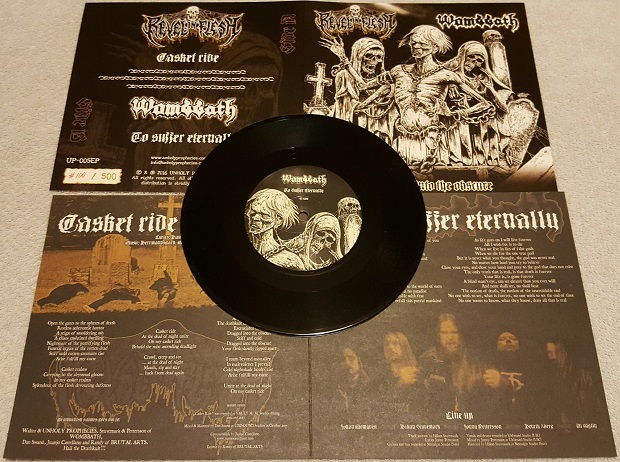