The CD version of BODYBAG‘s debut mini-album called “Predominance Of Insanity“ is now available and ready to be shipped worldwide!!

BODYBAG was born on summer 2014. Just some weeks after MACHETAZO demise, Dopi (who was drums / vocals for the band during 20 years) joined Corey (BOKLUK drummer) on bass / vocals and M.S. (ARKAIK EXKRUCIATION guitarist) on guitar. The sick chemistry between them was immediate, and the songs started to flow like rotten corpses emerging from a flooded crypt. On December 13th BODYBAG recorded the eight songs for “Predominance Of Insanity” at Treboada Studio.

The CD was pressed on a limited edition of just 500 copies. Standard jewelcase with transparent tray. Below you can find some pictures of the final CD edition.

Here you can see the killer artwork for “Predominance Of Insanity” done by the mighty Nor Prego. 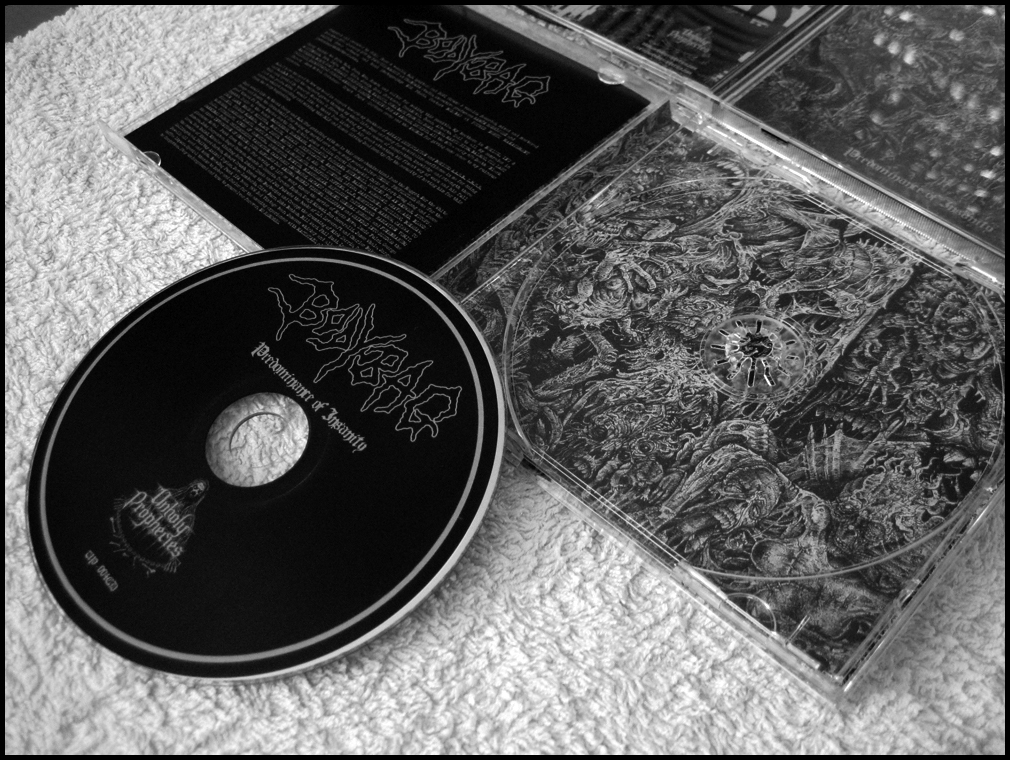 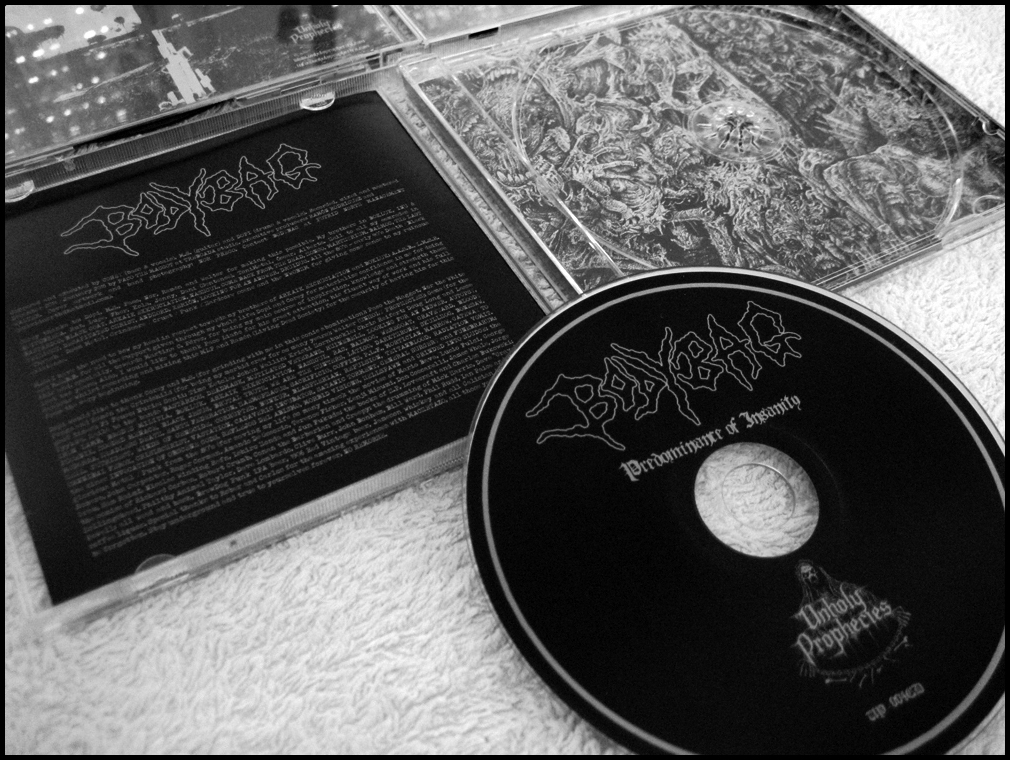 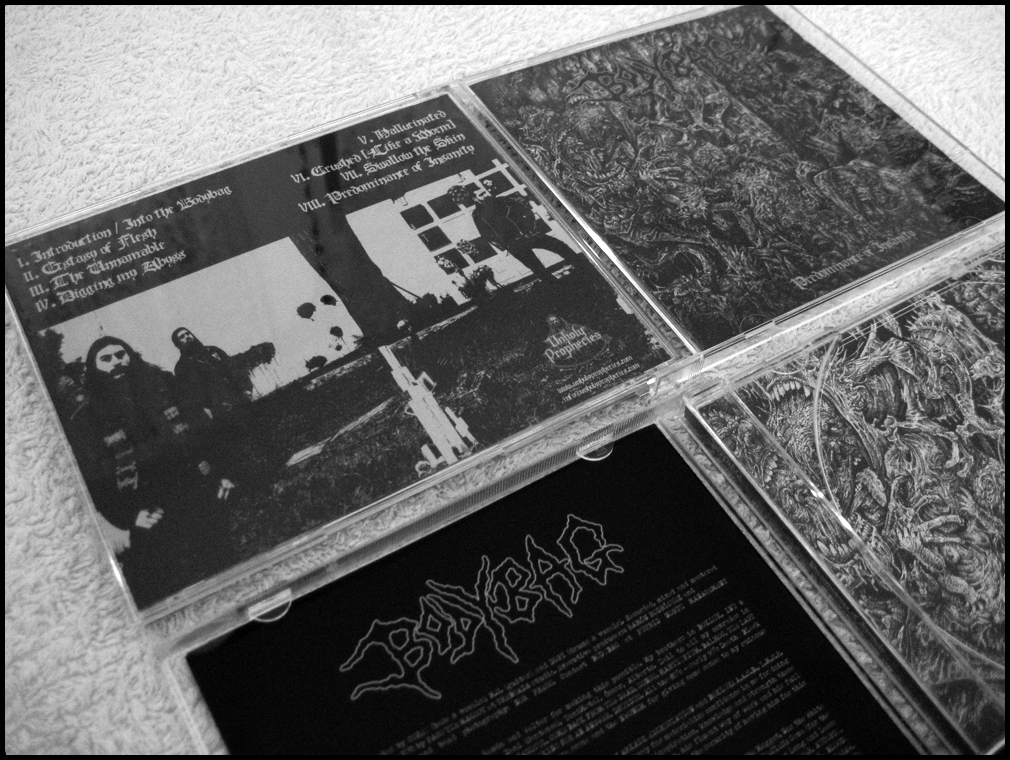 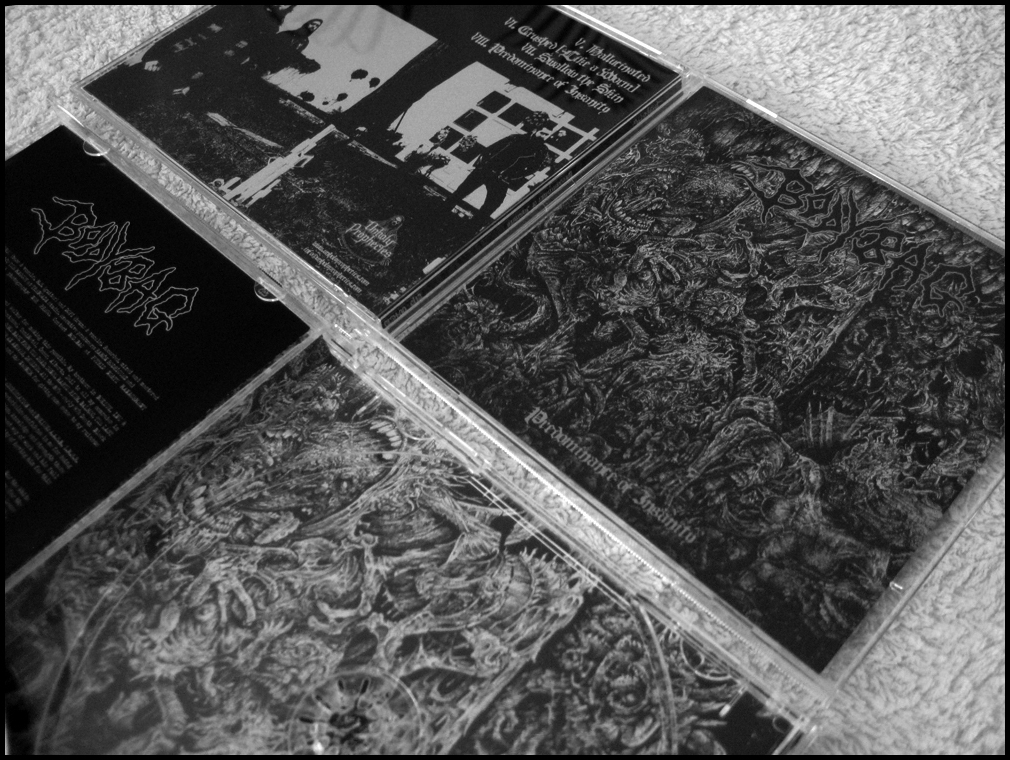 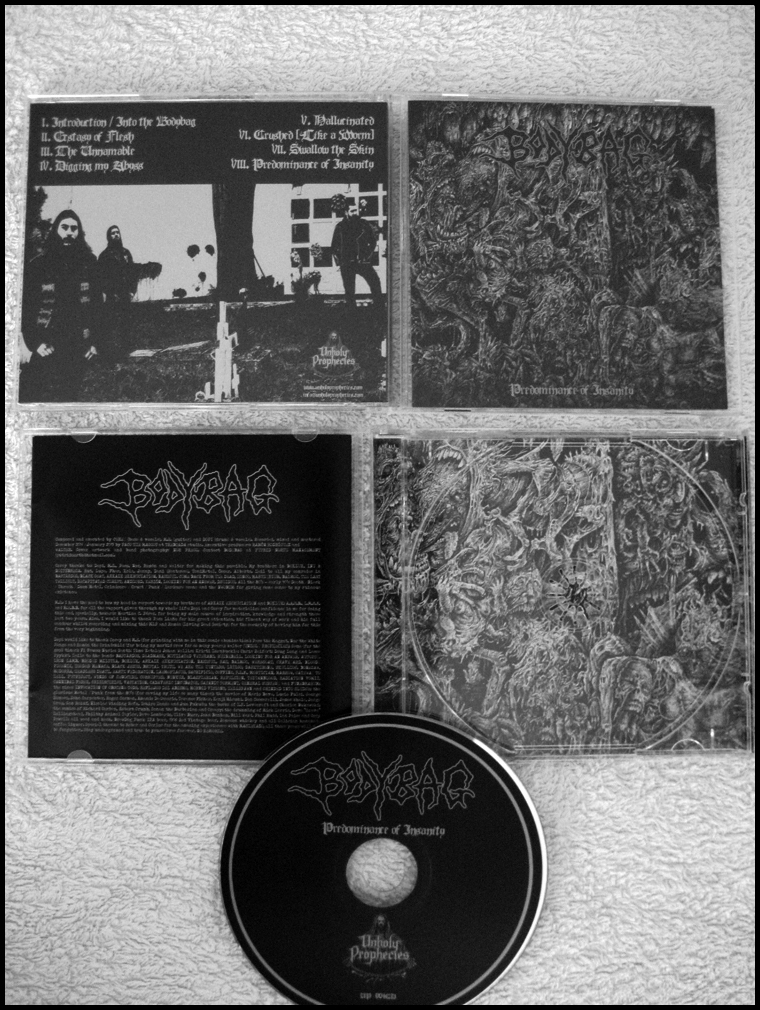