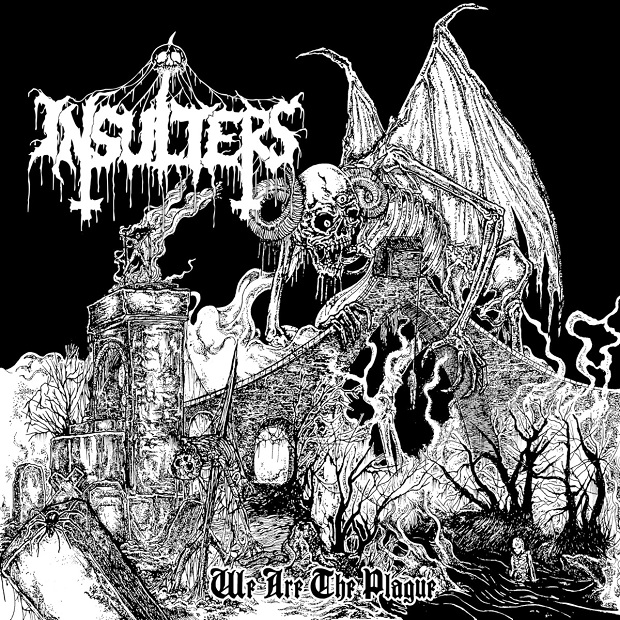 We are extremely proud to be able to announce that we have signed a deal with the aggressive Catalonian horde INSULTERS for the imminent CD release of their full length debut titled “We Are The Plague”. The labels Trabuc Records and Equinox Records have just released a limited version of this album as a 12″ LP. Only 500 copies were pressed; 400 in black and 100 in red vinyl. Now the time has come to have this unmerciful discharge of sound released on CD. Expect a release for the End of November / Beginning of December 2013.

Fast, aggressive, furious. An album that could have been released at the time in which the separation of different subgenres within Metal haven’t been defined yet. Here you mix the raging Thrash with the most crude Death and Black. Add to all this a punkish attitude and a punkish sound that will surely destroy everything and everyone standing on it’s way. Covered with a putrid atmosphere and a nihilist and anti-christian point of view, this album is for those who love the old SODOM, the rage of POSSESSED and the addictive DESASTER, just to name a few. The material was recorded and mixed by Javi Félez (AVULSED, ATARAXY, ONIROPHAGUS, NOMINON, etc…) in the renowned Moontower Studios in Barcelona, something that became a synonym of high quality in today’s Underground.

The edition will be limited to 1.000 copies in a very special format. It will be a 4 panel, 7″ sized giant digipack. Without a doubt an edition that will pop out from every collection! The cover art was done by César Valladares (http://www.cesarvalladares.com) and he will be the one in charge of giving this edition the rancid aspect it deserves also inside of it.

You can watch a promotional video of one of the songs of the album that was uploaded by the guys of Trabuc Records and Equinox Records on Youtube following this page.

More Information about the band can be seen at: 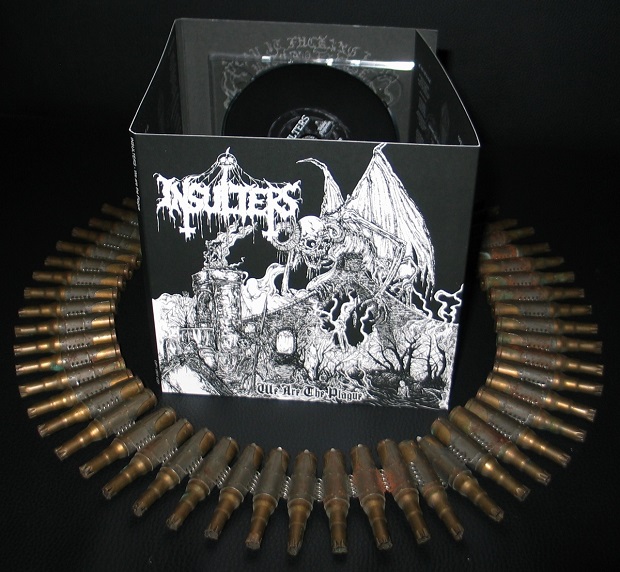